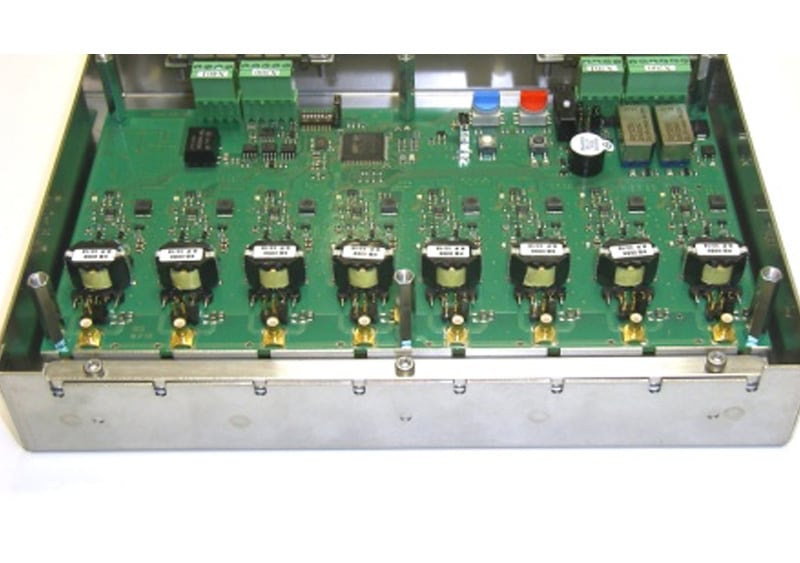 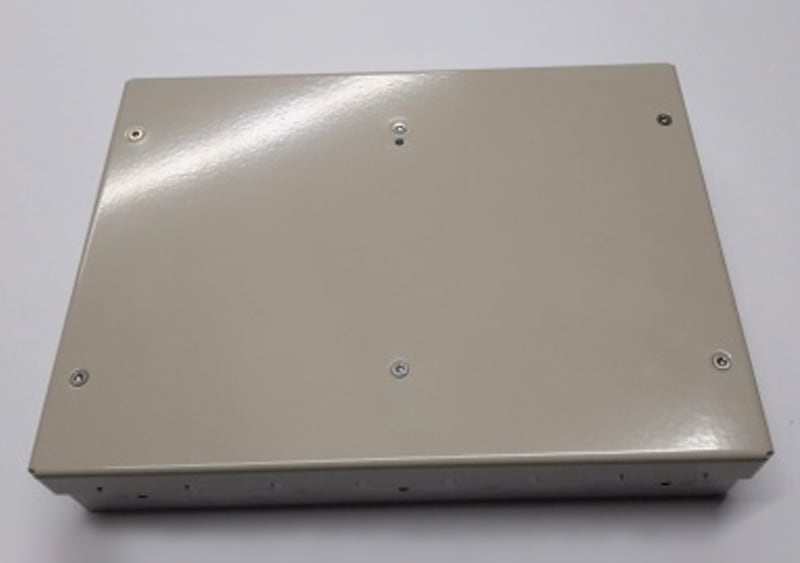 Universal capacitive field change detector for monitoring objects such as sculptures, pictures, steel cabinets, medical depots, windows and many more. Use as a single detector for 8 sensors or in RS485 bus with multiple EMC20 detectors.

The EMC20/8 is equipped with the latest processor generation. This has improved the measurement process and shortened the response time to ( 8ms). Each sensor port has its own oscillator, no multiplexing.

Several devices can be networked via RS485, also with EMC20/1

A CAN interface is available for additional devices. The networked devices synchronize with each other ( the EMC with the lowest address takes over the synchronization).

The synchronization prevents that the fields of the sensor electrodes, especially from different EMC20/1 or EMC20/8 devices, influence each other.

The EMC20/8 and the EMC20/1 have the same software. The hardware of the EMC20/8 is extended by 7 oscillator circuits, which are directly connected to high resolution free inputs of the processor.

Capacitive field change detectors are generally sensitive to changes in ambient temperature. The EMC20/8 is the first capacitive detector to pass Environmental Class II testing at the VDS.

The EMC20/1 is configured and monitored via the USB port or via the RS485. 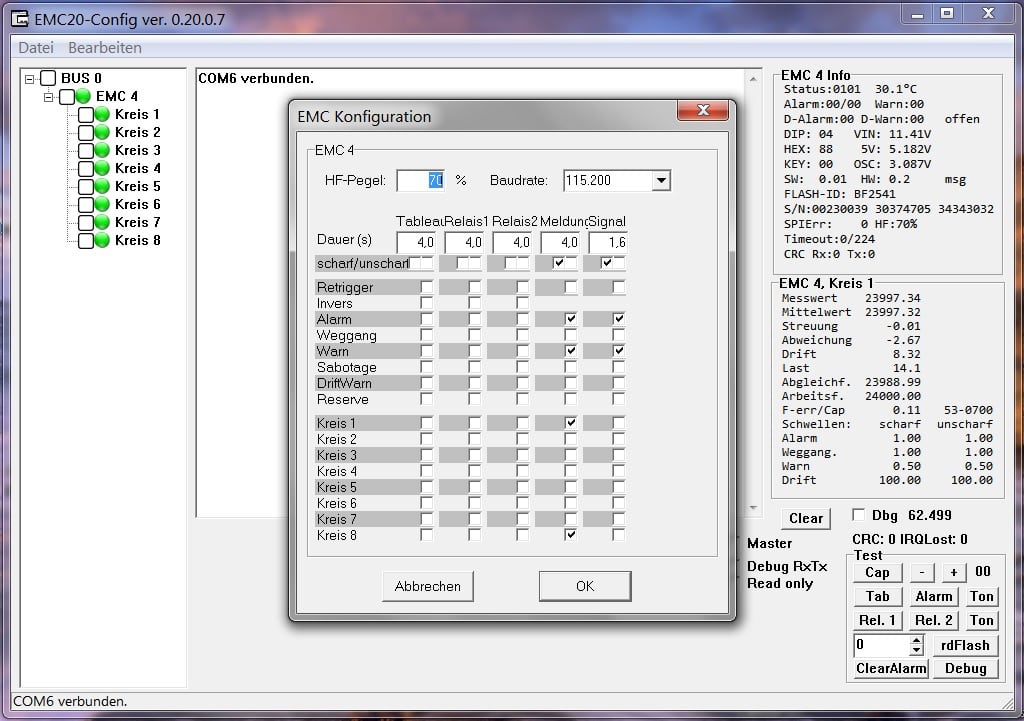 Configure the outputs and messages. In the information and circle window, display of relevant operating data. 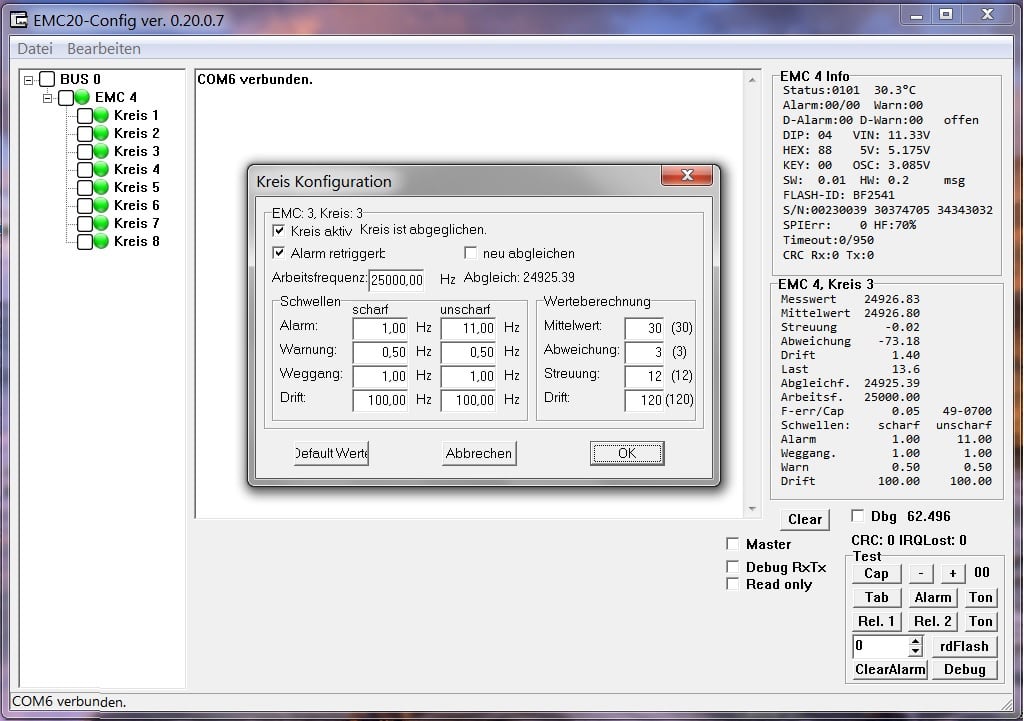 Setting the frequencies and balancing

Together with a cable transformer and a grid structure, the EMC becomes an inductive monitor.